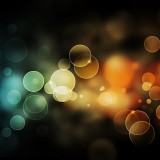 Lets see…had to open up the site in another tab and read where i was last time i posted here.

Okay I mentioned Kendra in the last update and that was a while ago and that’s still going well.  She has introduced me to so many things that I now consider great. Plants, sushi, pho. Just some of the things.

She moved in with me this summer. I went on my yearly pilgrimage to chicago for lola to see Wes. A few weeks back I hire a new assistant and a hurricane starts barreling down on us.

The mentaltity down here towards hurricanes is really kinda interesting. After katrina everyone is holding their hands over their buttholes like OMFG NO PLEASE NO. Even the word katrina on tv is bringing back fucked up ptsd during the coverage.

I decide i’m going to stay. It’s category 2, can’t be that bad. It’ll make landfall wednesday morning and by thursday/friday we’ll be out laughing and drinking and selling web sites talking about how stupid was to leave.  My new assistant I met with someone that Monday morning with a proposal, we walk out with a check and a happy feeling. The city is on fire with that panic buzz that I hadn’t ever felt..ever.

We decide we have to have a celebratory drink since we just sold a not so cheap site. Only place open and not being boarded up is the buddha belly. We are the only people in there besides the bartender and a really angry drunk float painter. We all assure ourselves that this will be nothing.

Power goes out tuesday night. I had came home from the buddha belly the night before and cleaned my shotgun and considered myself ready. It gets boring fast. Watching the storm rip through the streets is entertaining only to a point where you go “shit, i am the first of the 3 little pigs” -Kendra

Worrisome the most was the telephone pole that had cracked in either this storm or one of the others and was waving to us like it was our best friend we hadn’t seen in forever. I’m still surprised that thing didn’t just come down right into our place. Days after the storm after my exile to riverridge, the at&t dude was like “you should call your landlord and tell them about that”. Yeah, we know bro.

So that night in the dark we cooked a 5 lbs pork loin and shared it with sarah and the new neighbors. I did a fucking stupid awesome job cooking this thing in the dark as well as preparing the onions and peppers by candle light. Sarah’s friends come over, we feasted on it like savages on the porch while the wind and rain continues.

Finally it stops raining and it’s now blowing as bad. No power, no one on facebook has power, it’s a lot worse then we realized. Basically because the storm just kinda sat on our collective faces for2 days the entire infrastructure of the city is wrecked. Throughout the storm Kendra is telling me that she is sticking to her pre hurricane plan which is to drive to missouri to get her car back from her mom that saturday. She leaves early.

I’m sitting out on my porch on one of sarah’s lawn chairs drinking my 2nd can of hot coors when i decide this probably isn’t going to end well. I already have every weapon i own nearby “just in case” and i make a tactical decision and decide i can do without the things in my apartment for air conditioning, cold beer and real food.

I message one of my oldest friends down here, lets call him Blade, because he’s like a white Wesley Snipes. He confirms he has power, that his wife and kid are in florida and he is bored and wants someone to hangout with.

I snap into action.

Clean the fridge, clean the freezer. I pull out my google docs evacuation checklist and run down it in record time. I have everything me and my dog need for a limited amount of time and i calmly and quickly GTFO before the next wave of gets here.

I arrive at Blade’s house in safe and powered river ridge. He has the TV on. There is football. His friend, lets call him..Christ, has brought over a ton of deer meat in various formats for us to eat because Christ also lives in uptown and would rather have Blade eat the meat then for it to go bad.

i wish i had taken better notes. I have several vague memories of going to a bar with several rebel flags hanging in it, deer burgers, and just really living the river ridge lifestyle. At one point we were eating at a local river ridge seafood resturant and it hit me that i could just flirt with this waitress, move in with her and just give up on new orleans and my old life. Then i thought about it and didn’t do it.  I will return to my old life.

Finally Sarah msgs me and says the power is back on. I don’t want to go. For like 4 days i’ve lived in pure luxury at Blade’s. Eating the best food i’ve ever had, drinking beer, watching football, freaking out his friends. I have overstayed my welcome.

The place is fucked. Sarah’s roof decided it didn’t want to be a roof anymore and finally made the jump to becoming part of her bedroom floor. Water rushes in from every window in her apartment and mine. The floor is covered in brown film. It smells.

Before kendra gets back i go to home depot and buy a mop and bleach. I mop, i cry, i bleach, i mop, i cry, drink a beer, mop and cry. I’m just trying to make the place nice enough for temporary. I get it good enough.

The smell is overwhelming. We stay for a few days. My new assistant tells me that the house her parents own that she lives in has a 2 bedroom apartment which is empty that i can stay in. I offer her a reasonable amount for 7 days and…now i sit on the futon that was here…my bike, my handgun, 4 purple hazes and a inflatable mattress. Kendra had to teach school all day and then tutor her afterschool kids. I gave her the address and she is garmining it. We’ll go immediately to sleep and the friday begins.

My landlord emailed me today telling me that the mold has been “cleaned and killed”. It looks the same, smells the same. I figure she has the wrong apartment or address or the asshole landlord is just trying to fuck me. We’ve decided to try to just rest up this weekend, move her stuff to the room she is renting.

I’m putting everything in storage. I hate to say that I’ve given up on this city but it’s going to be incredibly hard to find work here for at least 2months. I’m going on the road to sell sites. I’m leaving the new assistant in charge as a partner in point2point, her territoriality being Louisiana.

Not 100% sure of the tour dates at this point but I’m going to just store all of the things I want to keep and come back to it in a few months when Kendra’s student teaching is over. Our plans are to move to the capital. She has friends and I have family, not a bad idea. But until then i have 13 weeks of not having a residence, office or plan.