I really don’t recall the idea of why I decided to paint a banana with camo pants. I believe this is actually a self portrait, from Halloween 2011 when I wore for 3 days straight…camo pants and a banana costume. By the end of Halloween it had cigarette burns, jagermeister stains and was a absolute bio hazard awesome waste. To commemorate that Halloween and all of the fun that was had, I painted the first camo banana. 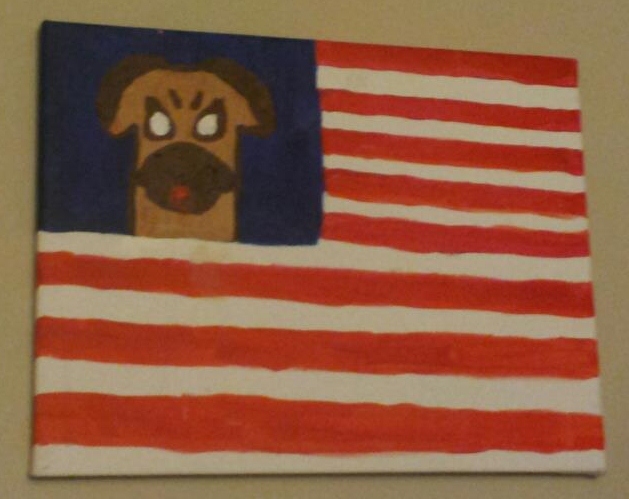 The United States Of Pug is a controversial piece of art because it depicts 8 stripes, instead of the standard 13, which happen to stand for the 8 colonies of Chinese pug dogs that were eradicated in the early part of the 1500’s. Situated off the West coast in what is known as modern day Sacramento, the pugs landed and set up 8 colonies and began trading with local Indian tribes. They were soon wiped out by the white man’s expansionist ideas and have faded from history.