okay i’ve heard this from a few people, including some crazy woman on the bus and so many people have asked me about that i want to put this up here.Â  now i live one black off of magazine, a yuppy street with lots of art dealers, expensive restaurants, etc. it’s all very pretty and “new orleansy” but it comes at a cost.

now the thing about magazine is the most corporate thing is a starbucks, everything else is mom and pop…but on this one area there is a little strip mall…3 stores…a big blockbuster, a subway and a chinese food place. people are getting all upset because they say it ruins the “feel” of the street….it’s total bullshit and i’d love to find someone who disagrees just so i could ask them to go tell the owner of that subway franchise that he’s not “good enough” and that we need one more stupid shop.

now i can kinda follow it, i really can. i hate the huge blockbuster sign. i hate blockbuster. i don’t know why they even exist anymore. but the subway and the chinese place are owned by business owners, no subway is owned by the corporation, it’s just a fucking franchise…and you know sometimes i don’t feel like spending $10 on a goddamn meal because i happen to be hungry in my own neighborhood.

yesterday at the coffee shop that ive been using to interview my new assistant i got talking with another web guy i’ve seen up there. he asks me if i’ve heard about this bullshit and i say “yeah i heard a lady on the bus ranting about it”. He asks if i’ve been to the chinese place, i tell him no. He says it has the personality of a convenience store but it’s cheap and good.

so last night after several shots of jager i roll up into the chinese place and order dinner. i’m almost tempted to try to say i’m going to start eating there frequently to support their cause but i realize soon that they probably don’t speak much english and neither do after all the beer and jager.

it was really funny when i first heard about this. i was on the bus going downtown and this really old white woman is sitting close to the front and having a forced type conversation with the bus driver about this topic. i had never heard about it before and listened intently.Â  she’s going on and on how unfair it is that these people are getting ganged up on and goes on to say “it’s all white people that are bitching”.

i think about it and really consider how true that must really be.Â  i’m really ashamed to be white. it’s a real sign of the way things are going in this country, that the rich are getting so rich that they are getting bored and scanning the horizon for things that bother them…

i’ve seriously been thinking about trying to find the next time the group that is pressuring meets up.Â  call the news stations and get some signs.

i’m not running out of money, i’m not gonna kill myself, i’m going to build my business and win.

hehe today i saw my print ad in the nola levee, a local print…so awesome…sitting at bar by myself staring at it, picking out all the mistakes i made…shoot jager and showing strangers….hope it gets me some work…if not it was a valuable lesson in..not advertising.Â  still a great ego trip. print work always is.

deebs made this for me 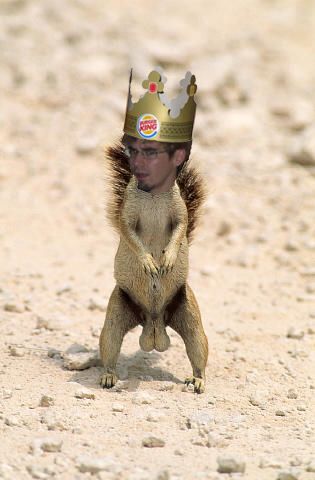 i love fark…i love flame wars…usually the ones about politics and religion i skim through, almost like the mental equivalent of junk food. sometimes there are threads about stuff that kinda relates to me…

anyway, thread about bicyclists usually being at fault in most traffic accidents. i agree, i’m stoned and biking, usually thinking about web site, girls and making money.
i saw this comment and related to it on such a intense level.

Probably not entirely untrue. Many cyclists ride like nimrods in traffic. The problem is that riding in traffic is a skill that takes practice to master. I’m a cyclist, I run red lights all the time; as a matter of principle, almost. I’m not hanging around like a tool waiting for the light to change when there’s no traffic coming on either side.

It’s like the serenity prayer. God, grant me the free lane to blow the lights I can, the brake pads to observe the lights I can’t, and the common farking sense to know the difference.

The problem is too that it’s not just cyclists. Walkers do really stupid stuff, and I’ve seen terrible things.

i’m not going to even put together the full story of how epic this race for me.Â  the whole world has really been against me running this race, even up until 3-4 hours before.Â  i’m not going to go into that.

anyway, i’ve been drinking a lot lately and not running at all…not prepared at all mentally or physically. but my parents and another friend were coming in town and wanted to run it with me so i couldn’t fag out.

we did okay, it’s a tough race to do fast because of the 19,998 other people in your way. i’ve never seen a start so chaotic…everyone’s number is a color, you’re supposed to line up by your color. no one does. i almost tripped over a kid in a hamburger costume in the first mile.

highlights were the dudes handing out hotdogs to runners…and watching someone run, laugh and eat a hotdog at the same time. the hotdogs were not appealing to me or my dad but the people before them with a tableÂ  full of beer cups and a sign that said FREE BEER! WATER: $4.75…now that’s tempting…but unless i have a red dress on i don’t drink and run.

i’m going to finish this last pabst and take my post race nap. happy easter or whatever.

this morning my new maids came by. i answered the door in my work clothes, hawaiian and camo…whole apartment smells like pot…tori blaring. it’s 2 foreign chicks, both of them pretty cute.

they get started and i sit at my computer designing a web site, drinking a pabst and it hits me how bad ass this is. instead of washing dishes, i’m building a web site. the maids are cleaning, i am building sites, this is the way the world works. i finish the site and get it launched instead of dishes.

hail satan.
i’m sure they weren’t really feeling the tori since they couldn’t speak english but that’s irrelevant. i’m sure they got the gist of it.

they were so bad ass tho, place is spotless….only took them 2 albums to finish the place.

i gave them both crackhore t-shirts when they left. i should have asked to them to wear them next week when they come back. 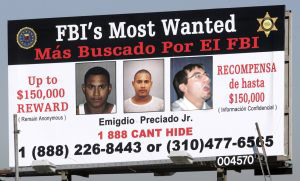 this guy has been hard at work in new orleans drawing faces on all kinds of stuff…i think this was pretty funny…even better that i had to crop out…well yeah hehe.